A Texas Hold Up at the Stretford end?

So the deal is done, Wayne went all-in and the Glazers folded.

Sounds easy, too simple to be true, but that's exactly what happened, and who is any the better, or worse, for it?

Rooney is certainly better off.

His lack of form and extra time activities, have led to a valuation spiralling towards the £25m that Everton sold him for, as a mere 18 year old. Now he earns more than he's worth, with his club again hoping that their investment gamble will eventually pay off.

Well, they've taken a punt in the hope that Wayne's world will turn full circle and they can sell him on or win enough to keep him on-board.

But if the decline continues, they are in the deepest of deep doodoo.

And what about Paul Stretford?

Agent provocateur, man on a mission, touch me and I'll chop yer legs off, or disgruntled businessman out to prove he's worth his percentage.

There's little doubt that Joe Cole's recent free transfer from Chelsea has made clubs wary of players refusing to sign new contracts, and this strengthened the player's position, but it still takes some bottle to go all in, and win.

It may be some time before the Glazers know if they gambled wisely, but I already know who won't be invited round for a 'friendly' game of poker at my place.
Posted by Working class post at 13:22 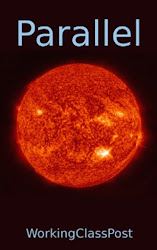